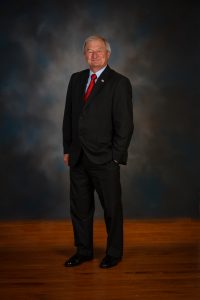 Commissioner Bryan Miller is the longest-tenured commissioner in the City of Union, serving the city since 2010.

Bryan’s interest in government began with a desire to change the direction the country was moving in, but he didn’t know how to immediately get involved to start making a difference. He knew he wanted to try and change things where they make the most difference, to make life better for his family and neighbors. Knowing that the some of the most important government work begins at the lower levels of city and county government, he started to attend some of the monthly Union commission meetings to become more educated about how city government worked.

In 2009, he decided to run for Commissioner for the City of Union and was elected to his first term in 2010. Bryan believes that his time in private industry has given him experience with managerial skills and dealing with different types of people.

Bryan was previously public works commissioner of Union for two years, before becoming the commissioner of finance in 2015. While in public works, he had to listen and try to understand how best to solve different situations that arise in the community; whether it be responding to complaints or calming down irate situations.

One of his greatest accomplishments as commissioner so far has been working closely with Sanitation District 1 on a storm water project for the city. He is very proud of the fact that as long as he has been in office, taxes have never been raised in Union.

An immediate goal he has for the city would be to control the growth in the city and to build a Union town center at the least cost for the city and its tax payers, while helping to design it so it is fun for people to come to Union to shop and spend time with their families. Talking with the citizens of Union is his favorite thing about being a commissioner.

Bryan Miller grew up in a small town in western Pennsylvania called Five Points. He worked on a farm and attended a one-room schoolhouse until he went to high school.

After graduating high school, he went on to serve stateside in the United States Army during the Vietnam War. After serving in the armed forces he went to work with his father building homes until he went to college.

He moved to Akron, Ohio after being offered a lab technician position at Goodyear Tire and Rubber. While working for Goodyear, Bryan started attending college full-time in order to take advantage of the company’s tuition reimbursement program. He graduated from the University of Akron with an associate’s degree in chemical technology and a bachelor’s degree in chemistry with a minor in math.

Miller worked in the plastics industry for over 30 years, first with Goodyear in their plastics division and then at Continental PET Technologies, a plastic manufacturer, as a Vice President of Quality Control. As Vice President of Continental PET, he oversaw all the quality managers at their twenty-one worldwide plants where they manufactured plastic containers for brands like Gatorade, Proctor and Gamble and Ocean Spray.

Bryan holds seven patents, one of which is for the design of the bottom of the current two-liter beverage bottle and has presented three papers at the Society of the Plastics Industry. In 1986, Bryan moved to Northern Kentucky when Continental PET opened a new plastics plant. He has been a Union resident for over twenty years. 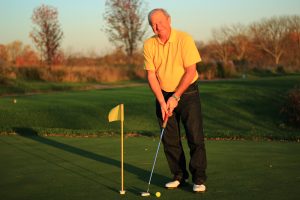 In his free time, Bryan volunteers at events that are important to him like the Zachary Salmon Run that the City of Union sponsors every year and donates to Toys for Tots and several other veteran-related causes.

Bryan has several hobbies including golfing, cars, and being outdoors. He enjoys watching Florence Freedom games, football, and Formula 1 racing.

Bryan likes listening to rock bands, with some of his favorites as The Rolling Stones, Eagles, and Bee Gees. His favorite foods are comfort foods, and he enjoys most candy, including Swedish Fish. Miller and his wife, Terri, enjoy traveling to such places as Hawaii and Florida, and he hopes, someday, to travel to Scandinavia.